FROM NO TEETH TO FIXED TEETH IN JUST 3 DAYS ..With the latest techniques you can get fixed teeth in just 3 days time even if you are having no teeth in your mouth and you can start eating and enjoying your food immidiately.No need to wait for months as in conventional old techniques.Thanks to new technique of cortical dental implants which are functional ,in just 72 hours or 3 days.

All on 4 Dental Implant

In this technique of immediately providing teeth to the patient four or six implants are placed in the maxillary or mandibular arch.to hold the entire prosthesis.(denture).

Dental implants can be placed in fresh sockets immediately after tooth extraction. These are called “immediate” implants.

For many years, dental implants have been the only option for many who’ve lost or bad teeth. Traditional implants procedure involves placing the implants and providing the tooth restoration after 3 to 6 months. This time is required for bone and gums to attach to the implant. The main disadvantage of this procedure is that it leaves the patient with no teeth or with a removable, temporary teeth. Many patients find this timeframe too long and uncomfortable and finally decide to drop the idea of dental implants.

So nowadays immediate loading has become more common, where the implants and temporary teeth are placed within 48 hours of implant surgery and are left in position for the healing

period. At the end of the healing period, the temporary teeth are replaced with permanent crowns.

There are several advantages to immediately loading  dental implant:

Immediately loaded implants can also be functional, meaning they will come into contact with the opposing teeth and can be used for eating.

In this technique of immediately providing teeth to the patient four or  six implants are placed in the maxillary or mandibular arch.to hold the entire prosthesis.(denture) . 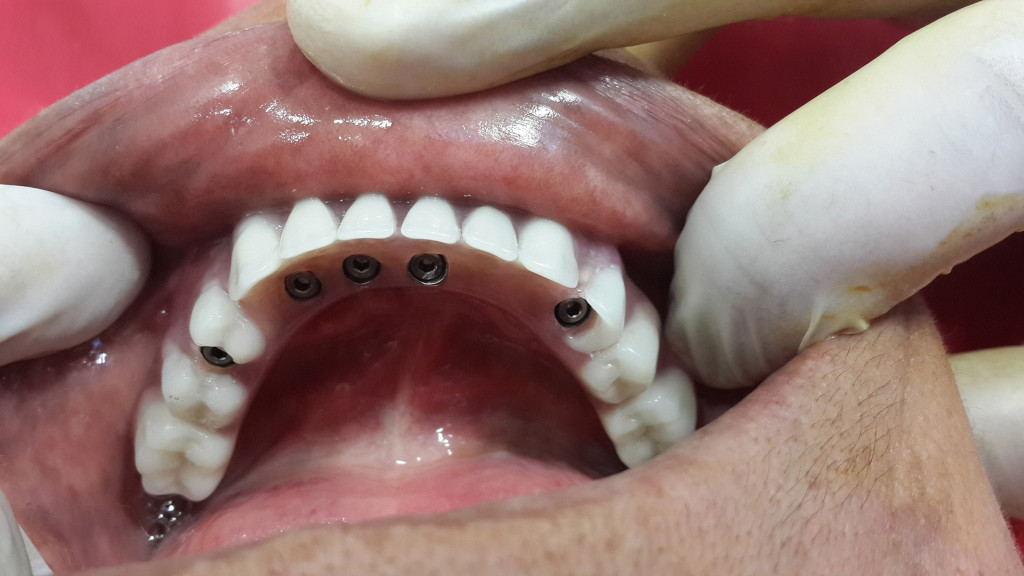 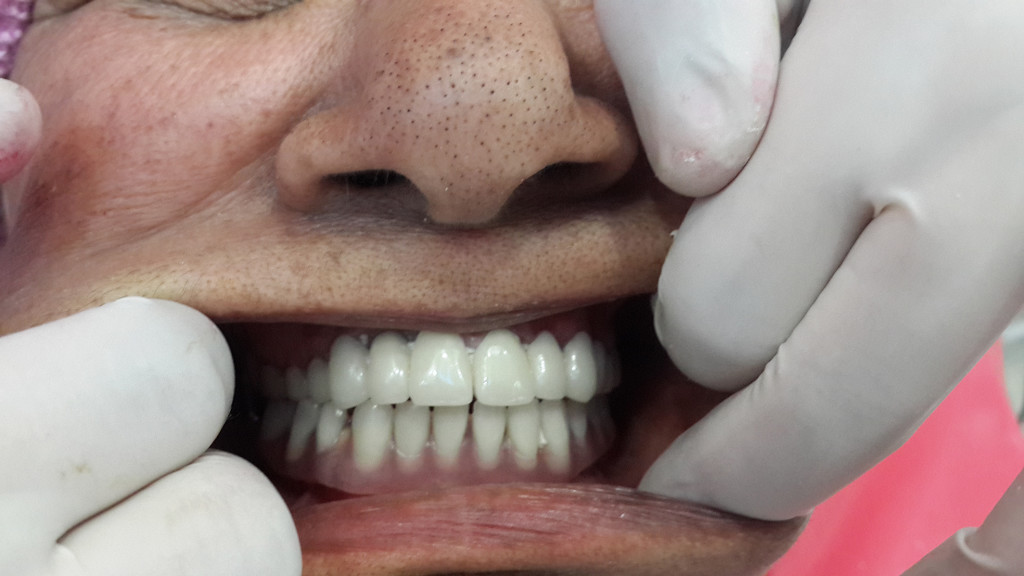 This technique locks all the implants together so they are held rigidly within the jawbone as it heals. This way, any forces applied that might cause a single implant to fail are distributed among several implants. The patient benefits from having natural looking teeth while the implants fuse with the bone. Advances in imaging technologies have made it much more successful. 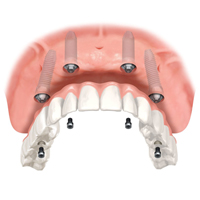 This procedure gives the patient the benefit of single surgery and eliminates the trauma of second stage surgery in addition to providing teeth to the patient immediately.It also eliminates the sinus surgery procedure in case of highly pneumatised maxillae as the implants are to be placed at 30degree to 45 degree angle to the anterior wall of sinus. In highly resorbed mandibular ridges also the need for grafting is eliminated as the implants are to be placed at an angle of 30 to 45 degree anterior to the inferior alveolar canal. So ALL ON FOUR technique has been latest and the most successful surgical protocol for providing the patients with the teeth in a short interval and with minimum invasive surgey.